An open letter to the friend who asked me to run a marathon...

First up, good on YOU for gearing up for better health and fitness. Also, thank you for the invitation (and motivation) to join you on your quest to run a mighty marathon!


I see people running and I give them a mental fist bump and a quiet, ‘Right on!!'. I ponder the concept that I too could enjoy and be a regular runner. After all, you only need a good pair of shoes (and a reliable over the shoulder boulder holder) and you’re on your way. Cheap, easy, effective...I could have the heart and lungs of Phar Lap and the body of a Goddess in a few short weeks!


But the fact is, I’m not designed for running.
I’m slow and heavy...like an elephant - and I don’t mean that in a self deprecating way. I think I’m tops! Fact is, I’ve seen elderly women and small children walk faster than I do. Seriously, how? Their legs are SO much shorter than mine.


So, if you need someone to cruise along beside you in a support vehicle bellowing words of encouragement down a megaphone (I have one!) – I’M YOUR GIRL. Otherwise, I’ll see you on the yoga mat for a post run stretch sometime soon.
Loving you, loving me...TLT x
Posted by Tough Love Tamvakis at 19:46 No comments:

On a recent visit, a friend excitedly presented me with a bag of culinary lavender and some saffron.

“It's all the way from Iran!” she cooed.

I attempted to feign enthusiasm and graciousness (it is nice to be thought of, I tell myself) and believe I pulled it off in light of the fact that none of these items was something I could devour immediately – like a lasagna, Italian gelato or a hot roast chicken.

My Oscar award winning performance can also be attributed to the fact that she presented me with a block of remarkably good dark chocolate soon after.

I too was once like her. Free of responsibility and blissfully unaware of the secret fantasies harboured by parents everywhere. Indeed, I’ve showered friends with what I considered thoughtful and useful (I know better now) gifts which in hindsight would have been rendered useless.

But when you don’t have kids, you simply don’t know.

I currently live a rich fantasy life in which people bring me my favourite foods (frequently) and offer to play with my kid while I shampoo my hair. You know, with both eyes closed as the warm water rinses the suds from my scalp and down the drain without feeling like I’m on one of those Japanese game shows where the contestants have to keep one eye open to avoid being slapped across the face by multiple incoming catfish while shaving cream is being sprayed into their eye sockets.

That's not asking too much, right?

I admit - the culinary lavender does smell gorgeous. However at this point in my life, rather than make it to the dinner table, I think it’ll go into a pretty bag and into my underwear drawer.

Loving you, loving me...TLT x
Posted by Tough Love Tamvakis at 21:28 No comments:

ANTS vs. BIG CATS - a clash of the Titans

Ever taken a moment to observe Ants?


I have, and they’re seemingly always on the run. In fact from what I can tell, they’re never still. Even when they hit the jackpot and land a giant feast of hamburger bun crumbs, they run about all over and around them or scurry them along to a different location.
Hey, little guy! What’s the rush and where are you going? Do you have somewhere to be, or so wired up you’re merely running around in circles?


Meanwhile, other species take their sweet time yet manage to fit in all of life’s essentials. A classic example, the Big Cats.
These guys sleep much of the day and still find time to hunt, eat, bathe, play, groom, and get physical - and by physical, I mean sexy time and they do this A WHOLE LOT.

Yes ma'am, they make time for it all and maintain their place in the hierarchy of the wild. Never doubtful, without compromise and always proud. And although I’m no Doctor Doolittle and can’t categorically confirm it, they seem all the happier for it.


So – are you an Ant or are you a Big Cat? Are you rushing at life and neglecting to take a moment or two to consider what’s fundamentally and authentically good for you?
How much sleep do I want/need?

Who are the people/what are the issues that matter?

Am I taking care of my well being – mental, physical, spiritual, financial and dietary?

Do I make time for friends, my family and play?

Do I hunt down my happiness like a lion does their prey?


I encourage you to consider yourself, what makes you tick and what feels good to and for YOU then go about doing it unabashedly and without apologies. Grrraaaowww...release your inner beast!
Start thinking and behaving like the Big Cat and assume attack modality then gently, quietly, strategically, move towards your desires before pouncing on them with enthusiastic vigour.
Go on then - make some love, have a feed and take a nap.
Heck, these big boys have proved that there's always time.
Loving you, loving me...TLT x 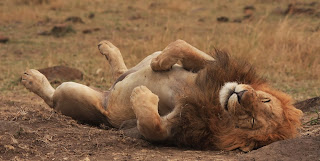 Posted by Tough Love Tamvakis at 23:01 No comments: 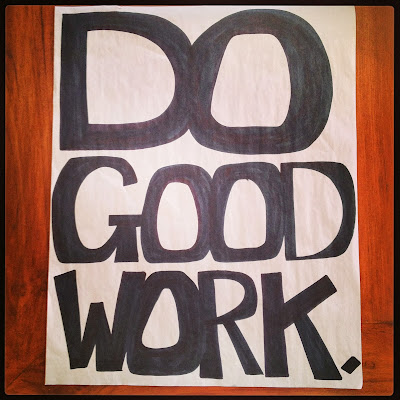 Posted by Tough Love Tamvakis at 15:34 No comments: 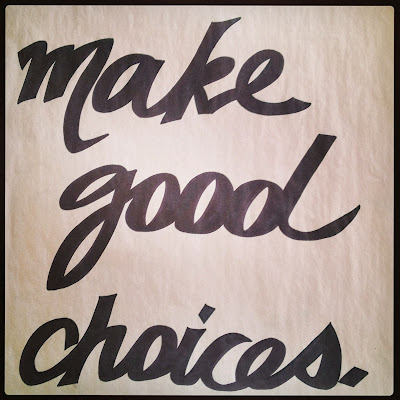 Posted by Tough Love Tamvakis at 19:04 No comments:

You say risky, I say risque...

While enjoying breakfast this morning, my love and I briefly discuss the impending birth of our baby. With only 35 days to go - this shit is getting real, real fast.

I like to keep him informed about how I'm preparing myself mentally and physically and afford him the opportunity to ask questions and feel like he's in the game as opposed to on the bench. He always listens attentively and imparts his dose of wisdom, support and encouragement accordingly. What can I tell you - I've got me a good egg.

Now my lover-love is likes to make up his own lyrics to songs and muddles up sayings (that crazy cat!) and I often find myself giggling wildly before kindly sharing the actual words or lyrics to which he usually smiles and says "I like the way I sing/say it better". Fair enough.

Thing is today's little pearler of muddled up madness was a beauty and left me thinking about it long after we'd left the breakfast table.

After listening to my comments about the birth process and my reminder that I'm keen to do this with as little medical intervention as possible, do my utmost to stay active during the birth, go easy on any drugs and deliver the baby from my Yoni (or rather - my "Jay-Jay", my "Pooni" or for fans of Role Models - my "Whispering Eye"), he comes out with this.

HIM: "Well, I hear what you're saying about medical intervention and I respect that however it's good to know it's available to us if we need it (and here comes the pearler), but honey you need to remember that childbirth is climbing Mt Everest - it's very risqué."

ME: "Oh, my! (Big grin) Who knew climbing the Earth's highest mountain could be so raunchy! Do you mean risky?"

HIM: "Oh yeah, risky. But it's ok because we're going to get through it just fine."

I told you, good egg. Wacky, AND good.

Thing is, long after it was over I found myself thinking more about our conversation. Yes, childbirth is a risky business (cue music here and think Tom Cruise in his whities and Ray Bans sliding across those wooden floorboards - sorry, couldn't resist) but we're fortunate to have plenty of support should it be required.

Equally childbirth can be risqué business in that it's described by many as to it's very definition in being daringly close to indelicacy or impropriety and containing material that includes nudity, near nudity and if you've ever stumbled across the documentary "Orgasmic Birth" (get over to You Tube and check out the trailer if you're curious - yah, I know you're curious), sensual and sexual acts.

So it seems my wacky egg had a point after all. I figure he's absolutely right in that there's more than one way to skin a cat depending on your willingness to look at things from a different perspective and although he'd be inclined to say something about the hair on the cat sticking to our mat, between you and me - that's just the way I like it. 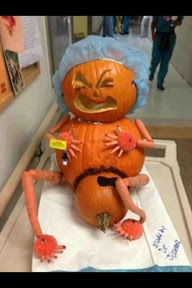 Posted by Tough Love Tamvakis at 20:10 No comments:

Get your popcorn and take a seat, it's federal election time in Australia!

This weekend, we have the democratic freedom (a valuable privilege) and obligation to have our say in who wins the race to take government and lead our people to (ideally) lofty new heights.

During the campaign activity, I've paid attention to the voice of the politicians, the media and the greater population, finding it to be a source of interest and at times, bewilderment. To me it appears the recurring theme from the masses is simple - a vast majority have taken to the podium and are shouting "What's in it for me?!?"

Political agendas aside, it's got me thinking about the complexities of humanity. Our values, choices, the importance (or lack thereof) of popularity, vision, greed, suffering, giving and receiving - has "What's in it for me?" become the natural or preferred state of human condition? Is having our every desire met without taking a holistic view at the world and the people around us what we expect and worse still (in my view), really what drives us?

Call me crazy (you wouldn't be the first), but I'm proposing we focus a little less on "me" and a little more on "we" in order to restore some fundamental human privileges and freedoms like love and care for self and others, helping others in need and serving a protecting.

I'm absolutely certain we'll reap outstanding rewards on an individual and societal level when we bring the focus back to ourselves (I'm talking compassion and kindness rather than the "What's in it for me" mentality) and one another thus allowing room to develop vision and hope for a brighter future.

It's ok if you don't, but I hope you agree and join me in taking a moment to think about how you might incorporate my proposal into your every day. If you do, I'd love to hear about your experience over on Facebook or in the comments below.

On that note, I'll refer to (and slightly amend) a passage from old mate Abe Lincoln's Gettysburg Address, and hope that this cosmos and the people within it shall have a new birth of freedom — and that government (political, moral, spiritual and otherwise), and true democracy of the people, by the people, for the people, shall not perish from the earth.

Right on my brother, right on. 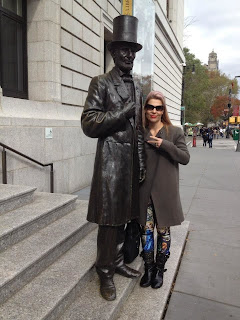 Posted by Tough Love Tamvakis at 00:11 No comments:

Tough Love Tamvakis
That rare combination of big brains, unabashed beauty, razor sharp wit and dance moves unlike any other. And modesty, I forgot modesty. Truth is, I like to write amusing anecdotes about a variety of things with a focus on love. Gump was right, life is like a box of chocolates. So too with my blog, you never know what you're going to get.